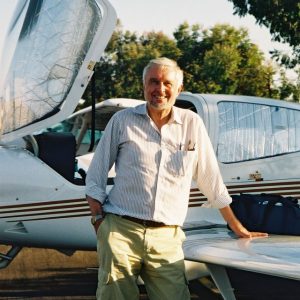 Michael J. Buckingham is a Distinguished Professor specializing in ocean acoustics at the Marine Physical Laboratory, Scripps Institution of Oceanography, University of California, San Diego. He received a B.Sc. (Honours) in physics and a PhD in solid-state physics from the University of Reading, U.K. As a Post-doctoral Fellow, he worked on the detection of gravitational radiation, for which he received the Clerk Maxwell Premium from the Institution of Electronic and Radio Engineers, U.K. Prior to joining Scripps, he was an Individual Merit Senior Principal Scientific Officer at the Royal Aerospace Establishment (R.A.E.), U.K. During his time at the R.A.E., he was an Exchange Scientist, attached to the British Embassy, at the Naval Research Laboratory, Washington, D. C. More recently, he was honored to serve as Vice President of the Acoustical Society of America (ASA); and he is a founder member of the Acoustical Oceanography Technical Committee of the ASA. He is an Editor-in-Chief of the Journal of Computational Acoustics. He has been a Visiting Professor in the Department of Ocean Engineering, Massachusetts Institute of Technology (MIT); in the Institute of Sound and Vibration Research (ISVR), University of Southampton, U.K.; and at the National Key Laboratory of Science and Technology on Sonar, Hangzhou, China. He has received a number of awards for his research, including the A.B. Wood* medal from the Institute of Acoustics, U.K., and the Pioneers of Underwater Acoustics Medal from the ASA. His graduate students have won “Best Student Paper” awards at international scientific conferences on 10 occasions. He holds a private pilots certificate, single engine land, with instrument and glider ratings. Additional information on Dr. Buckingham can be found here.

Milton A. Garces: The Acoustics of Volcanic Explosions – Ph.D., 1995