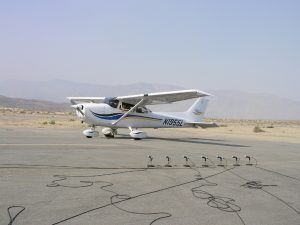 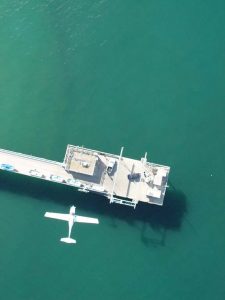 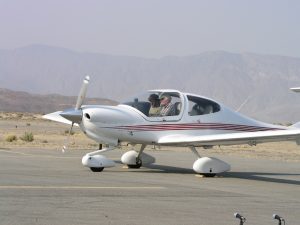 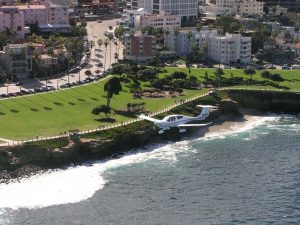 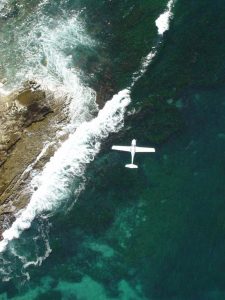 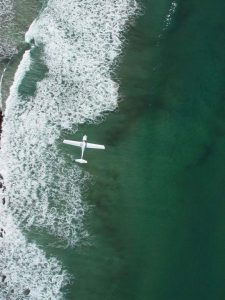 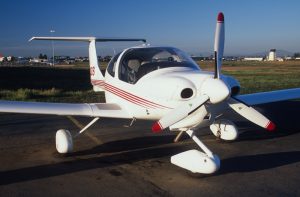 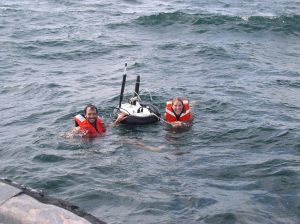 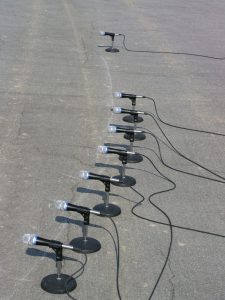 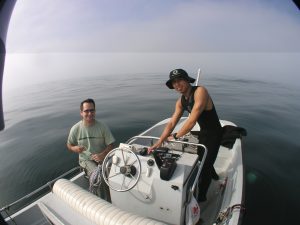 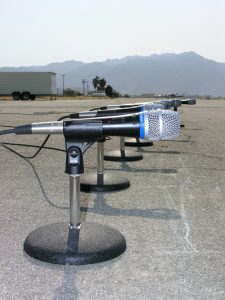 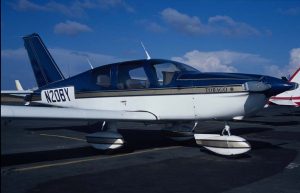 These are some sample recordings made on two different airplanes: the Cessna 172SP and the Diamond Star. All recordings are closest point of approach. A gain was applied when converting the data into a wave file to bring the recordings into audible range. The gain was 500 for Hydrophone 1 (H1) and the microphone. The gain was 4000 for Hydrophone 12 (H12). H1 was the hydrophone closest to the surface and H12 was the hydrophone buried in the sediment. The weather was rough on the day using the Cessna but calm on the day with the Diamond Star. As a result, the recordings for the Diamond Star are much clearer. The Cessna was flown at 800ft and the Diamond Star was flown at 200ft. All recordings were sampled at 3200 Hz. The data has been low and high pass filtered. The DAQ used has 16 simultaneaous 24-bit channels with a max sampling rate of 102.4 kHz rate.

Buckingham MJ. “Acoustic remote sensing of the sea bed using propeller noise from a light aircraft”. in Sounds in the Sea, Cambridge University Press, in press, 2005.