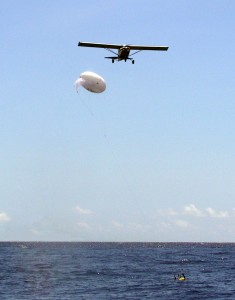 Mike Buckingham’s team deployed the Fly-By array at two sites, one shallow (15 m) and one deep (100 m), during the Makai experiment (10/21/05 to 10/28/05). The array was deployed from a small boat chartered from a local dive shop. A Maule MXT7-180 STOL aircraft, chartered from Air Ventures Hawaii, was used to overfly the array. To make the upper unit more visible from the air, a helium balloon, flying about 10 m above the sea surface, was attached to the upper unit.

Most of the acoustic data were collected at the shallow site, with the array lying horizontally on the coral-sand sea bed. The array was also deployed vertically at both sites. In both configurations, ambient noise data were collected, up to 5 kHz (shallow) and 50 kHz (deep). The primary recordings, however, were of the aircraft as it flew directly over the sensor station. Typically, during each sortie, the aircraft made a dozen passes over the array.

During the deployments, the weather was mostly calm, allowing intensive data collection over a period of four days. High quality Doppler data from the aircraft were obtained. The Fly-By array performed reliably, despite being hauled in and out of the water a number of times. All the deployments went smoothly and the experiment was completed successfully within the allocated time. 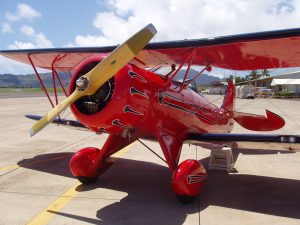 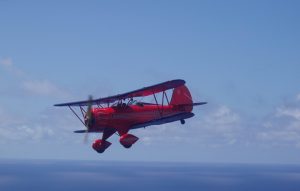 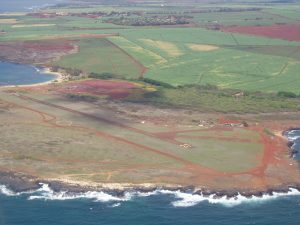 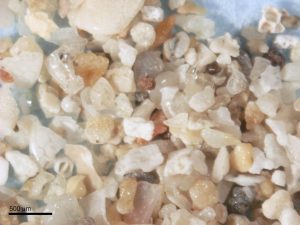 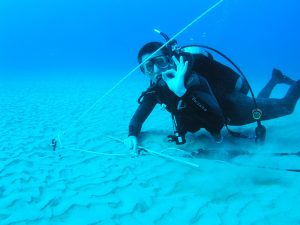 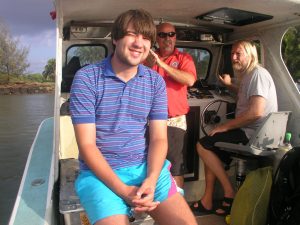 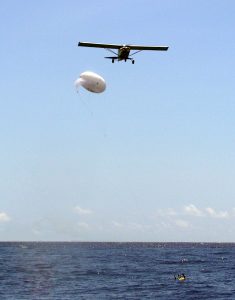 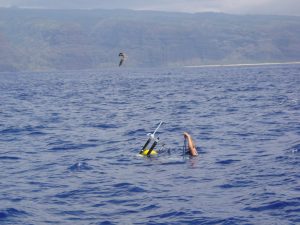 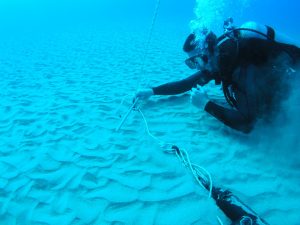 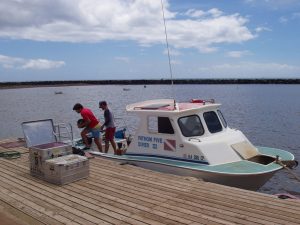 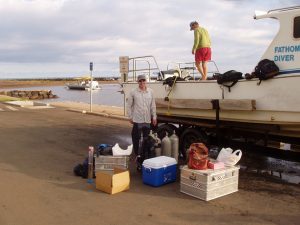 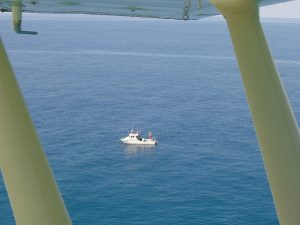 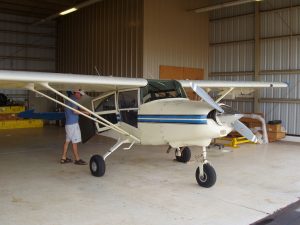 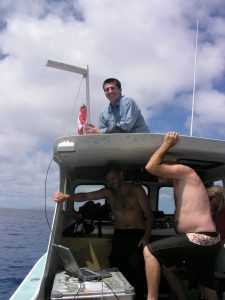 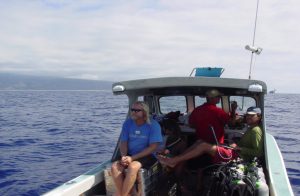 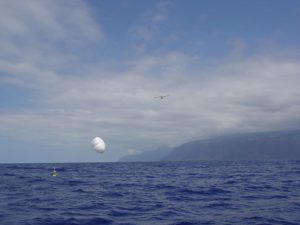 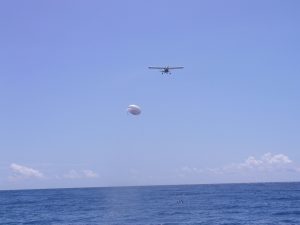